Are you a 'Humblebrag Parent'? Study shows why it's so annoying

We’ve all read them (and we've included a few from twitter below). The Facebook statuses that make your teeth twitch. The Instagram photos carefully posed to bring your pituitary gland out in a rash.

The delicately phrased post about how the problem with having such cute kids is that people are always stopping them in the street to compliment them and it takes ages to get all the gorgeous clothes and other trinkets from the shops – with pictures of their beautiful little supermodels wearing half a local boutique.

Some people, the more polite ones, call them humblebrags. A boast disguised as a complaint – or even an admission of a flaw. It’s the equivalent of the ‘What would you say was your biggest weakness?’ question at a job interview. ‘I’m just too much of a perfectionist, actually.’ (Sure, you are.) But the intensity gets ramped up even further when your children are in the mix. Even the most diffident adult starts to feel the hackles of competition rise when their offspring are drawn into battle.

School supply lists are OUT OF CONTROL! My kids r in the gifted program, so I have to buy double= me= broke!

The odds are stacked against the unfortunate humblebrag artist as humans long ago evolved a powerful instinct for sniffing out untrustworthy types. Then there is the hubris hypothesis, which suggests that those listening to the humblebraggart talk someone else down also get the sense they are being talked down too. Or worse yet, they might think their kids are better than your kids – and that is fighting talk.

Some recent research at the University of North Carolina Chapel Hill, together with Harvard - although they don’t like to mention that as there’s so many more publications interested (such a headache!) – has produced scientific evidence that backs up what we already instinctively know. Humblebragging is more irritating than straightforward boastfulness.

1 of my fears is that my children's privileged life won't allow them to feel the same triumphs I've felt. And I wasn't poor. Hmmm.

I spend about $2000-$3000 a year on supplies and snacks for my kids. Its not about the money though. Some of these kids have nothing and if I can help them out, I will. #BlessedAndGrateful

And they report that it’s everywhere. Slightly less academic seekers of truth have drawn the brightest and the best together in a Twitter account.  Social media is full of it, and the problem is that in cyberspace no one can hear you rolling your eyes. All the non-verbal cues to help us detect when people are not buying what we might be selling are absent, and without that feedback, without any subtle signals in the tone of voice or averted gaze, the humblebrag twists slowly in the wind.

Update on this morning: i have a baby shower. Almost slept through said baby shower. Had to run to @kristacoughlin1 for a makeshift outfit and face. Uber driver keeps calling me pretty. If only he knew my true self.

Some humblebrags are worse than others, however. The study compared the participants’ reactions to falsely modest statements with flat-out boasting and also straightforward complaining, not only looking at how likeable the bragger appeared but also how competent. Attempts to disguise the boast showed the worst results – people liking the humblebraggart less and also assuming they were less capable. So, if you want to show off about how polite and well-dressed your kids are, just pitch up a couple of first-class self-congratulatory posts and at least people know you’re genuine. (Genuinely unlikable.)

When I take my 3 young sons to Pak'nSave, I get compliments on what a great dad I am. I don't say this to boast. It shows just how deeply ingrained our country's sexism is around parenting. Jacinda is set to turn that on its head. @SundayStarTimes@NZStuffhttps://t.co/ZhgDrSWMGzpic.twitter.com/uvXhsavNWb

Better yet, see if you can recruit a wingman or wingwoman to do the PR job for you, and you will emerge with your likeability unscathed. Perhaps something like a picture with crayon all over the wall but a fashionable sofa caught on the edge of the frame that a friend can draw attention to. But be careful to cover your tracks.

The humblebrag is a very risky strategy, and it’s difficult to see what anyone gains by attempting it, but it’s just seems impossible to resist. Why can’t we stop trying to tell people how gorgeous our kids are? 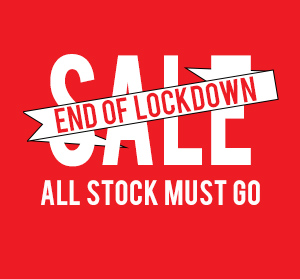