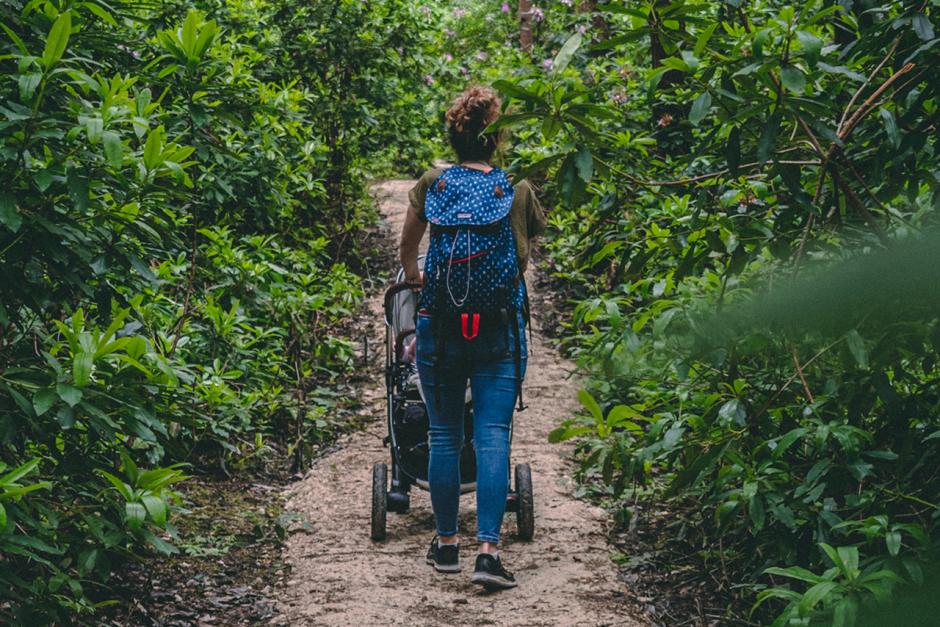 When to move baby from pram to pushchair | Online4baby

Pushing your baby in a pram is great – you can get them out and about, and often it’s a fantastic way to get them to sleep (we see you Saturday morning dads out with the pram!). But with a buggy or pushchair that has a forward-facing seat, they really get to see their surroundings and learn about the world.

So, when should you move your baby from a pram to a pushchair? Let’s find out.

When choosing a pram, buggy or travel system for your baby in their early months, make sure that the manufacturer clearly states it’s suitable for a newborn. All reputable baby brands and models will detail what ages, sizes and/or weights they’re designed to carry.

Why do babies under six months of age need to lie flat?

This is because newborns don’t yet have the muscle strength to support and lift their heads. If a newborn baby is propped up, their head can roll forwards and put pressure on their windpipe (trachea) reducing how much oxygen they breathe in. Being propped up can also put more pressure on baby’s chest and lungs, further reducing how much oxygen they get. Not breathing enough oxygen can put a lot of stress on your baby’s body and it can become dangerous. If a baby’s windpipe becomes too badly narrowed or blocked, they can suffocate.

When can I move my baby from a pram to a buggy or pushchair?

So, when can you move your baby from the pram to a buggy with an upright seat? The advice from the experts is you can do so once they’ve developed to the point where they can sit upright unaided and fully raise and control their head themselves. Most babies can do this when they’re around six months of age.

When can I move my baby from a carrycot to an upright seat?

If you’ve got a travel system and you want to move your baby from the carrycot (bassinet) attachment to the seat attachment, the same rules apply. You can move your little one from a carrycot to a buggy seat when they can sit upright unaided and fully raise and control their head themselves.

When can I move my baby to a stroller?

Strollers are generally more lightweight versions of buggies and travel systems and are usually made for slightly older children. If the stroller you have is suitable for babies, then the same applies – your baby can move to a stroller when they can sit upright unaided and fully raise and control their head themselves.

Many stroller models are made for toddlers and older children, however. If you have one of these strollers, then wait until your little one has reached that age. Don’t be tempted to jump the gun, as putting your child in a stroller that isn’t suitable for them will put them at risk.

So, how do I know when my baby is ready?

Yes, the guidelines are that you can move your baby from a pram to a pushchair at around six months, but it’s important to know when the time is right for your little individual. Usually between three to six months of age, babies develop enough muscle strength to begin sitting upright. By around six months of age, many babies can sit on a firm surface without you supporting them. They can also hold their heads up and move them around freely. This is called head control.

Once your little one is able to do this, they’re ready for a buggy or pushchair. Most often this happens at about six months, but every baby develops differently, so yours might reach this stage earlier or a little bit later. Use your judgment as to when your little one is ready and remember it’s always better to stay on the side of caution when it comes to safety.