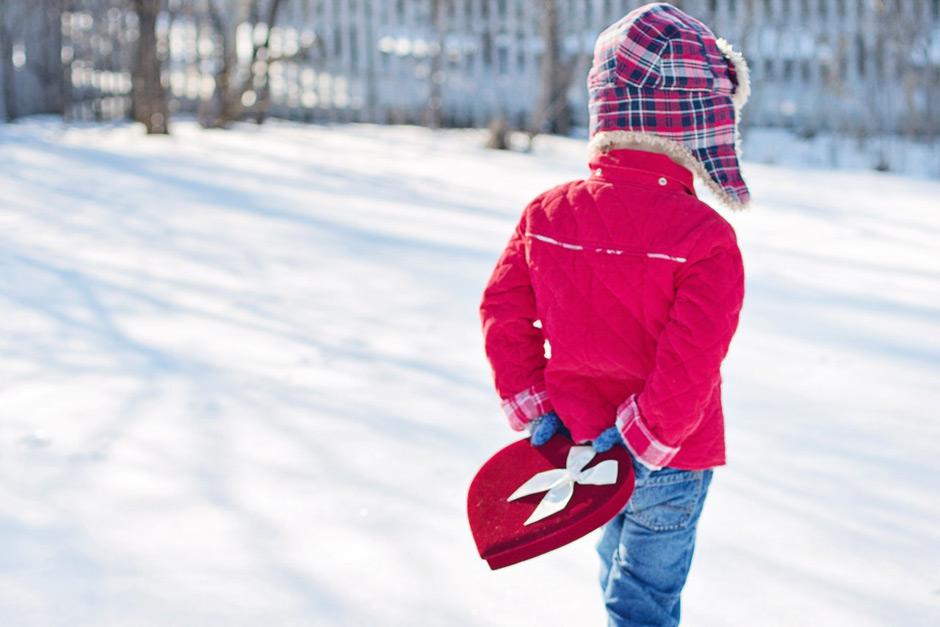 Should children be doing Valentine’s Day?

Some people give Valentine’s cards to their kids. Other people think that’s a bit creepy. Nevertheless, according to card manufacturers sales are up for cards addressed to other family members.

Diehard romantics might baulk, but perhaps the meaning of Valentine’s Day is changing. And maybe it’s changing because of children.

The difficulty of explaining ‘romantic love’ might cause some parents to kind of give up, especially when they sense that questions about commitment and sexual desire are just around the corner.

Young children aren’t capable of discriminating between romantic love and platonic love, so why labour the point?

It’s not uncommon for a child to express a desire to marry one of their parents. That might also creep some people out, but it’s just another dress-up game.

Stop thinking about Freud and play along. If you’re uncomfortable, it might make them uncomfortable about expressing themselves. Take it as a compliment. Well done you.

You might find your child describes a friend as "sexy" or "hot". Chances are, they’ve picked this up from YouTube, but equally likely is the fact they won’t know what the words mean.

If your child does seem to have a genuine crush, then it’s important not to tease them or adultify their experience, even if it’s tongue in cheek. Respect to any parent who resists the temptation. Better just to ask questions and be open.

As for Valentine’s Day, it seems the trajectory is heading towards the event becoming a celebration of relationships in general. There’s nothing wrong with keeping the definitions vague, as it means more people – and children – can get involved.

It’s good to be inclusive, but isn’t it also suspiciously convenient for those who make a living from our declarations of love? Card and toy manufacturers are probably rather happy with that.

Some argue that since love for your child is meant to be unconditional, why make an annual song and dance out of it?

But you could equally ask: why not? Even Valentine’s Day means nothing more than being nice to people, that’s still a nice thing to do.

It’s not a competition!

Of course, all your best intentions could come crashing down if your child gets it into their head that Valentine’s Day is about winning. Who got the most cards? Which sap didn’t get any at all? There’s a real danger that the whole thing will turn into a popularity contest.

Sadly, this mentality will prevail in many schools (and is reinforced by countless shows, even if the ‘moral of the story’ says otherwise).

First off, you need to gently quash the idea that there’s a competition going on. Kids are never too young to feel rejected and worries about social inferiority can creep in as soon as they start interacting in a group.

Some schools insist that if cards are given, they must be given to every child in the classroom

If your child comes home in tears you’ll just have to remind them that their value as a person isn’t measured by the cards or sweets they’ve managed to amass. Tell them they are loved regardless.

Some schools insist that if cards are given, they must be given to every child in the classroom. An enforced compromise like this might be necessary in extreme cases, but there’s got to be a better way of addressing the contest mentality.

Besides, it’s a costly and time-consuming feat to make and distribute 30+ cards.

And it surely defeats the point of giving something nice to someone special. Equal-opportunity affection might tick the right boxes, but it probably gives children a confusing message.

A good way to avoid all this is to put the emphasis on giving (without being over-zealous, lest you tip it the other way and make it seem like giving is something they can also win at).

Encourage them to look out for other children who might feel excluded. Turn competition into consideration.

You can even send ‘get well’ cards to sick kids; there are schemes in place at children’s hospitals that accommodate this. It’s a nice way to spread the love and maybe teach some empathy.

Make it about making...

It’s estimated that a billion Valentine’s Cards are sent every year in the US alone, with $19 billion spent on gifts.

Much as you might begrudge the commercialisation of Valentine’s Day (nothing says “I love you” like a mass-produced greetings card), you can’t really ignore it when every shop, TV show and website is covered in big red hearts. If kids see all this going on, they’ll want to be a part of it.

So how can you help children get a sense of the true meaning of Valentine’s Day without giving them the idea that it’s all about chocolate and shopping? (although you really should check out our Valentine's Day sale)

Purchasing presents can be a rewarding way to make a child think about the people they value in their life, especially if the gifts are carefully selected with the recipient in mind.

However, if you don’t want them to think it’s all about buying stuff then it’s time to start making stuff.

There’s a wealth of art and craft activities you can get stuck into and it doesn’t really matter what you make as long as it’s red, pink or shiny. Let the glitter rain freely!

Handmade gifts are more fun to make, more fun to give and (hopefully) more fun to receive. Get the flour out and start baking – as long as you’ve got enough red food dye you’re sorted. A heart-shaped cookie cutter could be the only thing you actually need to buy this Valentine’s Day.

The process of creating something can also encourage your child to think about the person they’re making it for and what makes them special.

Why not suggest writing a poem or a song? It’s invaluable for kids to express and articulate the feelings they have towards those they’re close to.

And, for good or worse, people have a habit of keeping things like this. A poem could well end up as a family treasure, destined to prompt fond memories and cause embarrassment for years.

If you want to ensure the day is more than just another ‘Hallmark Holiday’, you’ll need to lead by example. Give them presents you’ve made yourself. Write them cutesy poems. Tell them why they’re special. Teach them what it means to love and be loved, and how to be creative, by doing it yourself.

The strange history of Valentine's day

A lot of people seem to think Valentine’s Day provides a nice opportunity to give children a little history lesson. In truth, this is a terrible idea.

The story goes that a plucky priest called Valentine held weddings in secret when an evil Roman emperor tried to stop soldiers from getting married. That’s kind of cool.

Some even say that Valentine cut hearts out of parchments and sent them soldiers to remind them that they were loved. That’s cute, if dubious.

As a result the emperor had him imprisoned, beaten with clubs and beheaded. Not so cute. And worse, it’s likely to encourage dads to make gags about losing your head in love.

Supposedly, the first Valentine’s card ever sent was a letter given by the soon-to-be-executed saint to the daughter of his jailer. “From your Valentine,” it said.

What’s the lesson here? When someone has you cornered, why not freak them out by insinuating you’ve got something going with their daughter? Perhaps not.

In any case, the whole story is confused and patchy. There was definitely more than one saint named Valentine (possibly as many as 11!), and there are only seven Roman martyrs who died on dates other than February 14th.

Seems it was both a popular name and a popular day to croak. Besides, the idea of Valentine’s Day having romantic associations wasn’t introduced until Chaucer wrote a poem about it in the 14th century.

King Henry VIII declared the day a public holiday in 1537, but we all know how he went about a-courting. Don’t lose your head! Sigh.

Anyway. The origins of Valentine’s Day are so muddy it’s probably not worth getting into, unless you plan to turn the big day into a ‘fun’ learning assignment about assessing the validity of historical sources.