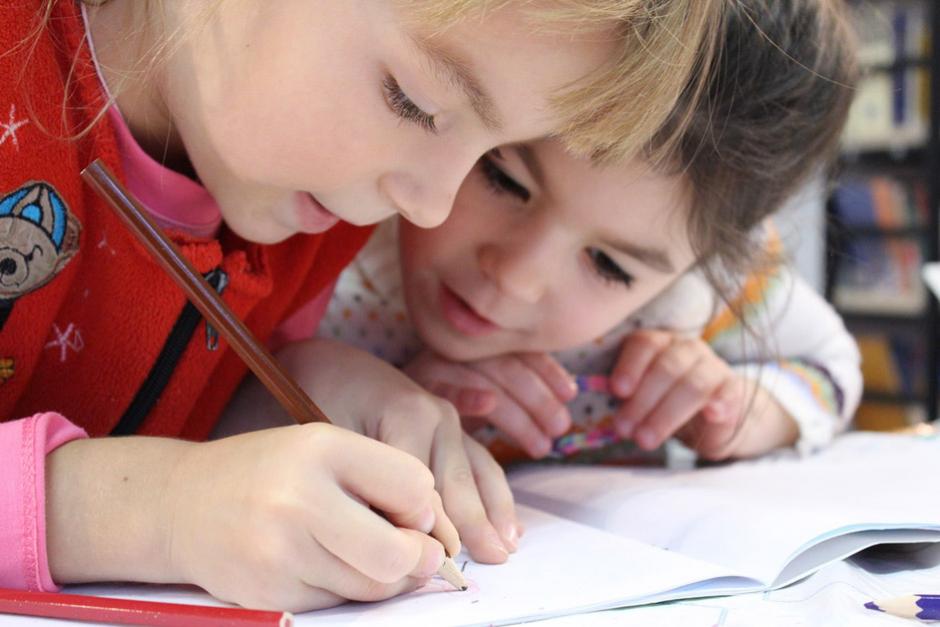 How complimenting your child can destroy their self-confidence

How can this be, I hear you ask. Aren’t we supposed to show our kids that we believe in them?

Isn’t telling them that they are little Mozarts or Einsteins or Serenas meant to build up their confidence, meant to reinforce the idea they can be whoever they want to be? What the heck are we meant to say to them now?

It’s not fair, is it? You try your best to feign interest in the same conversation about whether a Triceratops is better than an Allosaurus. You congratulate your offspring on how clever they are when they manage to find the secret stash of chocolate biscuits and unleash the crumbs all over the carpet.

You tell them how beautiful they are, how strong, how intelligent, how lovely. And still some idiot with a white coat and a clipboard pipes up and tells you that you’ve ruined your children for life! Is this parenting game absolutely impossible to negotiate successfully? Should we all just pack up the idea of humans raising other humans and wait for the Matrix to do the job properly?

It does seem pretty counter-intuitive, doesn’t it? Especially when the little darlings do something really clever and you’re genuinely impressed and excited or those other occasions where it takes all your effort to something kind and encouraging about something you actually find tedious or infuriating.

It almost goes without typing, but this isn’t an excuse for a rant about spoilt Millennials and how exams were much harder in my day and how some kids just need a good clip round the ear and some public shaming.  But in some ways, the process is quite similar. Think about how the words you use may go on to shape the young minds in your charge.

Imagine that for your entire childhood you were told you were stupid, dirty, puny or ugly by the people looking after you every day and shaping your personality. Chances are you would end up with some pretty shoddy self-esteem and all the behavioural traits that go along with that. No surprises there.

But, imagine everyone has told you what a delightful, charming character you are, or that your young life has been stuffed with remarks on how bright and intelligent you are, or that your parents have always congratulated how on how tough and strong you are. You’re going to feel pretty great about yourself, aren’t you? Then, somewhere later in life you encounter a situation where you don’t feel charming or intelligent or strong, as happens to everyone. What happens? You panic.

If you’re told often enough that you’re clever, then that becomes a cornerstone of your identity, just who you are. So, if you then suspect for whatever reason that you aren’t clever – perhaps someone else is getting the best marks in Maths or coming up with the wittiest banter in the pub – then what are you? Nothing. You face an existential crisis, and humans don’t generally enjoy those. In fact, we normally seek to avoid them, and therein lies the rub.

Research has shown that kids who have always received praise for their abilities and talents are much more likely to look and see how others are performing and make comparisons. They are more likely to get defensive or aggressive about their talents and don’t even particularly enjoy receiving praise, but why would this be the case?

In the late 90s, a study of Chicago high school students by Carol Dweck at Stanford University introduced mindset theory – the idea that people could be divided into two groups in terms of their attitudes to success and failure – the fixed mindset and the growth mindset. There’s an animated video in which she explains how it works:

In essence, people with a fixed mindset, who have received praise about their intelligence, their good looks, their cheery personality, believe that these qualities, their entire personality, are set in stone. Either you’ve got it or you haven’t – you can’t dance, you can’t paint, you can’t get the hang of spreadsheets or three-point turns unless you have a God-given talent.

If someone with a fixed mindset fails when attempting something new, even if it’s something they have previously been told they’re good at, then they can see no way of getting around it and walk away.

The growth mindset works differently, and people with that outlook generally have more belief in their ability to handle challenges and setbacks and in the powerful effect of hard work in overcoming difficulties. They don’t attribute learning to innate talent but to effort, and failure is seen as another opportunity to learn to improve.

How to develop the growth mindset in your kids

So, what do we need to do as parents to establish this winning self-belief, this faith in hard work to overcome obstacles and create opportunities, this philosophy that ability can be learned and doesn’t just pop out of our DNA like ginger hair or an extra toe?

Continue praising, but praise effort rather than ability. Tell your child how hard they worked to achieve something, how much they have developed, and that is the message that they will store away for future reference: it’s effort that brings success and they are someone that works hard.

How you set your levels of expectation as a parent will help you to teach your kids how to deal with disappointment, by example. If you expect your three-year-old to start painting like Michelangelo, then you’re going to be frustrated by the failure, but if you clearly communicate difficult but achievable goals, then they’ll be decorating the Sistine Chapel someday. Promise.

This is something that many schools try to do: create a growth culture that values learning, education and development as essential building blocks for achievement. This is perhaps swimming against the tide of the wider pop culture, which is fixated on talent and innate qualities – footballers, pop stars, models, etc. – while ignoring the effort that has put them where they are, but if it was easy, how would they learn?

While telling your children that their effort is getting results, that they are trying really hard and growing as a result, you can also encourage them to give themselves similar pep-talks so that they can carry on the good work when you’re not around.

Ask them to fail better

Nobody avoids failure for ever. What is important is that reflecting on what they did well, looking at how they could have done something better, and looking at the bigger picture will equip them to have another go and to keep trying until they work out how to do it.

And that’s it. Simple as that. OK, so the occasional ‘oh, you’re so clever’ might slip out, but if you try and remember to highlight how much effort they’ve put in, then your kids will be set for life.

Unless, of course, you simply can’t manage to change the way you talk to them, that you’re just not that kind of person, you don’t have the knack for saying the right thing, you’re just fixed the way you are. In that case, they will really have their work cut out for them.