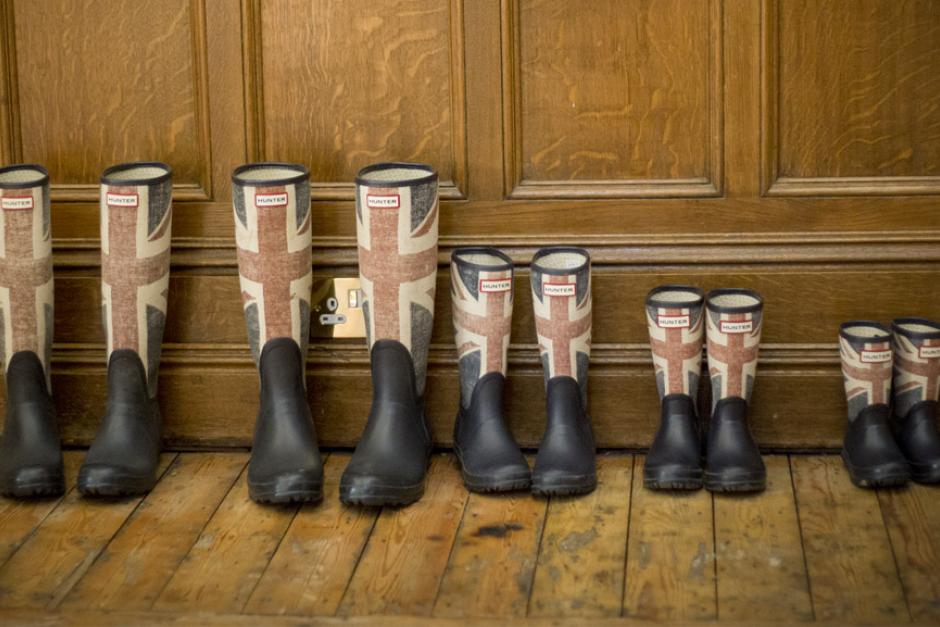 Can the order you and your siblings (if you have any) were born really dictate your personality and your future?

We know how the story goes. First born gets all the attention, does the best at school and then goes on to rule the world, jealously hogging as much attention to themselves as they can.

The youngest sits back and relaxes, gets away with everything and rebels against authority.

The middle child goes about their business ignored by everyone else in the family, learning to compromise and concentrating on relationships outside the family.

Only children hang about like perennial outsiders, trying to work out life on their own in a family of adults.

But it can’t have any basis in reality, can it?

Certainly if you think about your own family, there might be a few bells ringing, but sibling rivalries are based on perceived injustices or tales of hardship. Sitting round the table as adults, brothers and sisters turn into the Four Yorkshiremen – ‘I had to wear your hand-me-down nappies!’ – and will grab at any available justification for their sense of outrage.

Alfred Adler, an Austrian psychoanalyst and colleague of Freud, first gave the idea that birth order affected the development of personality some respectability. He suggested that the eldest siblings are more responsible and identify with parents and authority figures, but that they are also neurotic and maladjusted.

Youngest siblings are generally more likely to take risks but are overindulged. For Adler, the middle child was the perfect centrepiece of the family, psychologically balanced and socially adept. (Adler was a middle child!)

So let’s break this down.

The firstborn starts out in life with the adults all to themselves, the focus of attention, the centre of the universe. Then, newer models are introduced, cuter and more needy, and the eldest needs to adapt.

Often, it is said, they slip into the role of mini-parent, caring for and/or bossing about their juniors, with the authority of their parents to back them up. As a result, they identify with authority figures and like to play by the rules. Often, tough-guy characters like Clint Eastwood are firstborns, accustomed to acting like enforcers in their early lives.

Unfortunately, what the eldest might see as the withdrawal of parenting affection – it’s a zero sum game, after all – inspires a sense of jealousy for attention which drives them to make the most of their material advantages as the first in the queue.

They study in formal education for longer, adopt leadership roles in adult life and seek to shut down the younger competition: all in order to win back 100 percent of Mum and Dad’s love.

Parents of first children are often more experimental, more protective and more anxious than with later-born siblings, so it would make sense for their eldest children to be keen to meet their expectations.

Crying out for attention or getting on with it outside of the family structure: which one can it be? Some believe that the second-born will exhaust themselves trying to catch up with their forebears; others insist that they form closer relationships with friends than family, even picking them as contacts for emergencies rather than their parents.

According to one study in 2002 by Catherine Salmon at Simon Fraser University in Canada, they are also less likely to cheat on their partners.

However, gender may also be a factor, with eldest daughters often assuming a lot of the responsibilities that their older brothers might otherwise be expected to manage.

A 2014 study by the Institute of Social and Economic Research found that firstborn girls were 13 percent more likely to continue into further education than firstborn males. Whether this is by choice or because these responsibilities are thrust upon the girls by their feckless elder siblings is another matter.

Either way, the theory goes that middle children have to get by without the ‘natural’ advantages of being eldest or youngest and are therefore expected to develop strategies based on compromise and agreeability. They learn to fit in with what is already going on.

By the time the third child arrives, the parents (if they are still together) are now outnumbered. The theory runs that no fuss is made of the last-born baby at all – there are no lavish birthday parties, no trumpeted announcements, barely any photographic evidence of them on the walls.

The amount of time, money and attention available has become greatly depleted. Their very existence may even have been unplanned.

However, the fact that the youngest is able to exist under the parental radar means that they are able to get away with more than their senior siblings, who suffered from helicoptering carers cramping their style. They are also likely to be more rebellious.

As parenting expert Michael Grose puts it, firstborns rule the world and lastborns try to change it. (Darwin was a lastborn, for example.) However, as babies of the family, they might expect someone else to do the heavy lifting, for their whims to be indulged.

Niche theory suggests that each child’s personality evolves to fulfil a particular role in family life. Attention from parents equals love which, for a helpless tiny human, equals survival. Therefore, each sibling looks for a position they can hold for themselves, a strategy with which they can earn as much parental attention as possible. Diversification is key.

If you’ve ever exchanged meaningful looks at the supermarket while a lone child kicks and screams until their parent hurriedly passes them the lollypop they demanded, then you may have already formed your own opinions about only children.

Typically, only children are expected to be simultaneously mature and bratty, as they spend their lives communing only with their adult parents but without having to compromise for what they want.

Some say that the only child ends up competing with their parents, which sounds a difficult path for everyone concerned.

Being without brothers or sisters may not be a bad thing, though, as siblings are not always ideal company. Some baby birds are pecked to death by older siblings as parents cannot rear more than one chick.

Among humans the situation is less drastic, though a US study showed that older siblings within the same family might stay on average a year longer in education, thereby earning more in later life than their brothers or sisters. Parents lavish a great deal of attention on their firstborn, performing various educational activities with and for them, whereas divided attention means less time spent on trying to develop their younger children’s skills.

While younger children may be happier away from parental attempts to inspire great achievements, the chances are they won’t be as intellectually stimulated.

However, a Norwegian study of birth order’s influence in Ecuador found the opposite: that later-born kids tend to outperform their elders because parents actually spend more time with them. This is often because older siblings are under pressure to add to the family income from a young age and to help with childcare.

So, perhaps these personality traits have less to do with some universal truth about family life and more to do with the amount of resources the families have to draw on.

Evidence of a birth order effects

So, what is the evidence to support the birth order theory?

One large study (including a third of a million high school students) by Dr Rodica Damian at the University of Houston concluded that not only was there a tiny difference in personality traits like agreeableness and extroverted behaviour (a 0.02 correlation, statistics fans!) but firstborn offspring were actually found to be less anxious than their junior brothers and sisters.

Another study at the University of Leipzig with over 20,000 participants also showed no difference creatively or emotionally and only a slight difference intellectually in favour of the eldest.

Another factor that suggests the differences have been exaggerated is the ‘age confound’, which means that older children are mistakenly judged as being more conscientious and responsible simply because they are more developed. It is difficult to assess siblings in this way as they are always at different ages and stages of development and therefore results are skewed to show that firstborns are inherently more sensible than their wacky younger brothers and sisters.

One important factor is the gap between births. Personalities are often formed by the age of five, so even in blended families where step-brothers and step-sisters lose their eldest or youngest position, they tend to butt heads rather than re-adjust. Children that are significantly younger than their older siblings often demonstrate qualities associated with firstborns, as though the clock had been reset.

Family experience is the most important

While birth order may or may not have much influence over our life choices, it’s the actual experiences in our family lives as children that have the greatest effect.

A youngest child left to fend for themselves or even look after older members of the family might end up a very responsible soul.

Perhaps the truth is that theories about birth order are a little like astrology – so vague and universal that people can comfortably prescribe the qualities to themselves. But then that’s exactly where the fun lies.