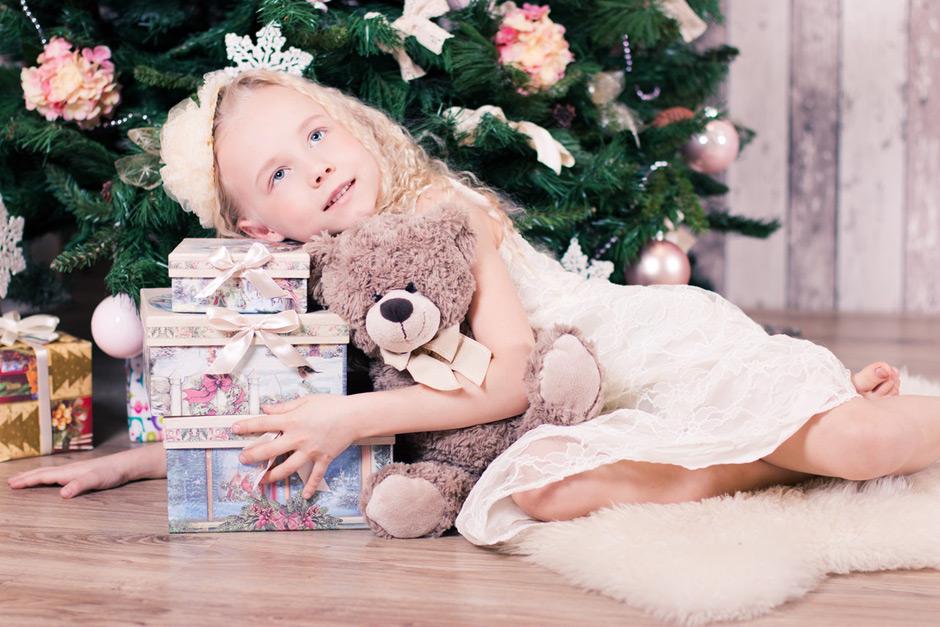 10 Ways to Not Spoil Your Little Ones This Christmas

One day of being spoilt doesn’t lead to spoilt children; that happens throughout the rest of the year. However, if you think a greedy, grasping Yule could tip them over the edge, here are the Ten Commandments of Christmas that Moses forgot – or didn’t need, as he was Jewish.

What does being spoiled even mean?

We all know the scene. Many of us have witnessed it ourselves. A couple of young kids tearing their way through a pile of gifts like an Egyptian pyramid with the care and attention of a pack of festive piranha, wrapping paper and tears and envy and rage all over the lounge, the tree weighed down with bad feeling and disappointment.

In the corner, an elderly relative mutters (or loudly exclaims) how horrible kids are these days and how they had to make do with a satsuma and a Jackie annual in their day, if they were lucky.

But psychologists (and common sense) suggest that it isn’t the amount of gifts that leave children a little emotionally distorted around Christmas time, but how they are delivered, what they might represent.

Parents might be looking forward to relaxing a bit too much over the festive period and planning to keep the kids busy with a steady stream of things to open. They might want to show off to other families or members of their own with the amount of cash they’ve spent fulfilling every imaginable whim.

This might mean that kids begin to confuse material gifts for love and attention, with the value of presents becoming the easiest way for them to measure feeling valued.

So, if the presents don't keep coming or don’t quite meet with the kids’ expectations, then they start to feel unloved, threatened and, therefore, angry and unreasonable. Tantrum City!

So, how to avoid this ribbon-wrapped emotional car crash…?

1. Babies don’t have a clue

Don’t buy too much for babies because they don’t expect anything and will only get overstimulated by a marathon unwrapping session, and crawl under the tree to play with the empty packaging.

Friends and family are likely to buy loads for your baby (especially if they are your first child), so it’s a good idea to spread them out over the next few days.

Giving the presents away is a bit risky as no one likes their gift to be refused, which violates the etiquette of most cultures, but that doesn’t mean that you fill their bedroom with thousands of shiny new baby products. They will quite literally not thank you for it.

2. Thou shalt set a budget

Set a budget, based on an idea of what your little ones might like plotted against what you can afford, and then stick to it. There will be other Christmasses, even if you think of something that would be perfect, so that extra gift can wait.

Perhaps, if it’s unmissable, you could return one of the gifts you had already got. Setting a budget means that you are less likely to overspend and less likely to stress over the holiday period for that very reason.  It’s a good idea to set a budget for extended family too, so that they don’t go overboard either.

And remember, your budget is your own business, and you don’t need to compare your spending with anyone else’s.

3. Less is more, fewer is better

Simple physics demands that the more presents they are to unwrap, assess and play with, the less time and attention is available for each of them. If you get too many gifts, everything becomes about volume and not quality; if there are only a couple of toys, the chances are they will be enjoyed and appreciated for longer. Gratitude equals time over presents, or something like that.

4. Keep the faith in your Yuletide reality

Ignore peer pressure: either the unrealistic demands for the trendiest toys that your kids have picked up from their friends or the urge to do what other families put up on social media with elves on shelves and spending sprees on credit cards.

Don’t stress about the perfect Pinterest decorations and Instagram-friendly turkey either – and resist the temptation to moan about any ‘spoilt’ behaviour on Facebook or wherever. The more you enjoy yourselves and stop looking over the neighbours’ fence, the more grateful you’ll be for what you have.

Maybe something Gordon Gecko would come out with after being visited by three ghosts on Christmas Eve, but it definitely helps.

The important thing here, though, is to lead by example: if you want your kids to graciously receive thoughtful gifts from others, do the same yourself. Maybe break open the stationary and write a couple of Thank You cards yourself.

As a side note, getting presents shouldn’t be conditional on good behaviour either, but be about generosity and belonging. Telling kids their toys have gone in the bin because they didn’t put the toilet seat back down won’t teach them anything about gratitude but it will give them a burning sense of being excluded.

6. The real, real meaning of Christmas

Don’t fall for all the cheap moralising from people lacking in basic human empathy themselves, the real meaning of Christmas is whatever it means to you.

However, it often feels better to give than to receive – and it certainly helps you appreciate what you have more when you also give some things away. Plus, having a clear-out of old toys can create more space for the new gifts to be the focus of attention or reignite the love for the discarded Buzz Lightyears in their lives.

Toy Story has so much to teach us this time of year.

Get them our kids involved in the planning and decisions about how to celebrate – before they become teenagers and decide they hate everyone and want to go out and spend time with their friends down the park/pub/Australia (*delete as they get older).

If they are more involved in arrangements, they will likely appreciate more how much effort is required for a fun Christmas Day and maybe even feel invested in the gifts that have been bought.

Even though your house is probably dripping with sugary treats and Quality Street is generally considered to be one of the courses of a traditional family Christmas dinner, loading your little ones up with satanic levels of the sweet stuff will do you no favours at all in the behaviour stakes.

9. They want to have fun with you

Taking the focus off the consumer frenzy that is the presents will also help them better appreciate what is going on. Presents are not the memories they will carry through into their adult lives; what they will remember is the time you spent together, even if it is playing with their new gizmos.

Just as in the rest of the year, young kids want to spend time with their parents and family and the more you play with them, the better they will feel about themselves, and about their family Christmas.

This tip has some potential for divisiveness. Some people see a list for Santa as symptom #1 of the bratty sense of entitlement all children have supposedly magically sprouted every generation. However, it can also help kids get a more grown-up sense of what they can expect at Christmas time.

Draw a list (of experiences too, not just material gifts) so that they have some time to think about what they really want, to experience waiting without their wants being met immediately, and to come to terms with the fact that they aren’t omnipotent.

If something is handed to them the moment they first point to the shelf, then they will imagine themselves to be tiny gods, but if they have to think about how much they want it and what they might have to set aside or wait longer for in order to get it, then hello, Delayed Gratification 101.

Finally, remember to cut your little ones some slack if they get a little upset. Bear in mind that we can all get a tad stressed if the Christmas we experience doesn’t quite live up to our own expectations – turkey a bit dry, gifts a bit unimaginative, party atmosphere a little lacking, relatives slightly too bigoted.

We often relive our childhood Christmasses, especially if our family are involved, so it doesn’t take too much imagination to sympathise with our own offspring.

And may all your Christmasses … be nice …